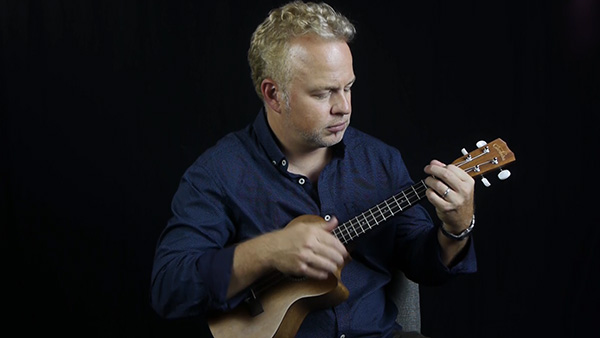 Why are uke’s so popular these days? Its so affordable and portable. Such a great amount of entertainment in such a small package. Plus, its easy to learn, four strings, a little strumming and off your go…

With a degree from Berklee College of Music, Ashley Shepherd has been playing music for over 30 years. Starting out playing in jazz band and local rock bands in high school, he moved into a career producing, engineering and playing on records that have garnered gold and platinum awards.

His primary instrument is bass, with guitar a close second. Ukulele has been a fun addition as it fits easily with guitar techniques and has such a complimentary tone. He even has a Uke Bass now!

At his studio, www.audiogrotto.com, he continues to write, and produce new music and create sound design for films, games and television. You can also find him playing out on the weekends with his blues band or sitting in with his wife, Annette’s jazz trio’s. 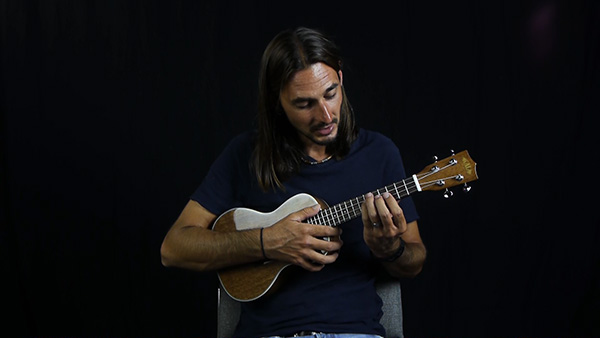 Ukulele is the gateway instrument. If you have always wanted to learn an instrument, starting with the uke is the way to go. You’ll be playing your favorite tunes in no time. Whether you are chillin’ on the beach or lounging in your room, the uke is the perfect instrument to entertain yourself and your friends.

Bryan Billhimer is a 20 year guitar veteran with experience in teaching, live performance, and studio recordings. Bryan began his guitar playing career at the age of 14 taking guitar lessons for two years from a private instructor. In those two years, he learned all the fundamentals necessary to further his craft and easily add the ukulele as a primary instrument.

During high school and college Bryan performed in several bands on a regular basis playing blues and rock. In this time he earned a Bachelors degree from the Conservatory of Music at the University of Cincinnati. Upon graduating college he worked in a local studio where he met producer Emosia (produced Blessid Union of Souls, Lakeisha Berri, etc.) and members of Blessid Union. After a year or so he was asked to join the band and toured for nearly ten years with the international recording artists covering the U.S., Japan, South Korea, Germany, and Afghanistan.

Throughout his career in music, Bryan has also privately taught multiple students. Beginning in college and to the present, he has taught over 50 students in private lessons.